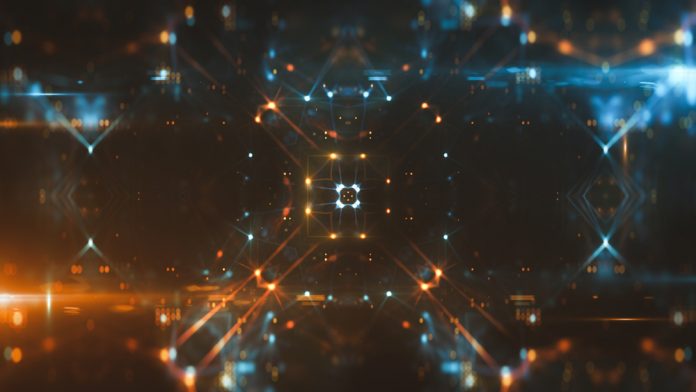 One of the most prominent and important industries to grow in the past decade is the electric vehicle (EV) industry, with an estimated market size of more than $160 billion in 2019 and is expected to grow to more than $700 billion by 2026. It is projected that the majority of vehicles sold by 2035 to be EV’s in a market that will be worth several trillion. It is up to innovative and imaginative companies to tap into the potential of the EV market and one such example is Ultrack Systems Inc. (OTC: MJLB), a company that is doing just that.

The company, Ultrack Systems Inc., was originally founded in 1989 and is based in Vaughan, Canada. The company is primarily in the business of ground positioning systems (GPS), development, implementation and distribution of tracking systems for leasing transportation, construction and disposal. Ultrack Systems Inc. helps customers with tracking and then locating various vehicles for a wide range of uses such as safety and efficiency purposes.

Below: Line graph showing the price of MJLB for the past 3 months.

Originally, Ultrack Systems Inc. tried to acquire Vexxar in January of 2018 and the transaction was canceled due to the platforms not being compatible with one another. The acquisition was able to take place in early December of 2020 when the company was able to make the platforms compatible and was finally able to acquire Vexxar, then rebranded the company into what it is today. After the acquisition, the company became listed on the OTC market, as the company has not always been a listed company until now. Before the acquisition, the company finished its development of its flagship device, the J1939. The technology is one of a kind, being the only device in the world that can provide its users and clients more data and information about their fleet than any other technology.

The stock, MJLB, remained in a dormant stand throughout 2018, 2019 and most of 2020 until the acquisition in December of 2020. Since the acquisition was finalized, the stock has seen tremendous growth, with the stock starting at just $0.01 and is currently trading at $0.17 after several announcements of partnerships and new contracts. The company has a market capitalization of about $21 million and an average volume of 16.5 million. They recently retired 100 million shares of common stock, which reduced dilution and float. The company also reached a settlement with one of the debt backers, reducing debt by more than $100,000.

Despite only getting a new CEO recently and being on the stock market for only a few months now, the company has made tremendous steps in the GPS tracking systems industry with new partnerships and relationships within the automotive and telecommunications industry. One of the first agreements made by Ultrack Systems Inc. was with the telecommunications giant, TELUS (NYSE: TU), an $11 billion a year Canadian company. The size of TELUS is not a testament to how well their management runs TELUS, but a testament to the trust, innovation and technology that Ultrack Systems Inc. has to offer a company like TELUS. It is only one of the many partnerships that showcase what Ultrack Systems Inc. has to offer, as the technology has a significant impact on businesses of all sizes.

Ultrack Systems Inc. has also entered into agreements with Iridium Satellite (NASDAQ: IRDM), a satellite constellation operator and Kore Wireless, a wireless network data provider. With the new partnership, Kore wireless hopes to unleash Ultrack Systems Inc’s technology upon the world, distributing it to 180 countries. Expanding the new Ultrack Systems into 180 countries will allow the company to not only provide Kore wireless with the systems, but it will also act as a showcase to international companies around the world. When the time is right, Ultrack Systems Inc. will be able to expand and grow into those markets with clients who are already familiar and eager to use what the company has to offer.

The current relationships and contracts being made in the past few months will pave the way for much larger plans for the company in the years and decades to come. Ultrack Systems Inc. has its sights on one of the largest and fastest growing industries in the world, the EV market. The company has been working with EV manufacturers and integrating its tech in the cars. The company’s tracking solutions and programs have already been adopted and integrated into the BMW i8 and all Tesla (NASDAQ: TSLA). There is also significant opportunities to integrate the solutions into Tesla rivals such a LUCID Motors and Rivian once they grow in the years to come. This would allow Ultrack Systems Inc. to be incorporated into major EV manufacturer’s platforms.

In 2019, Tesla announced there is potential in having a Tesla based, fully autonomous ride hailing, food delivery, package delivery and transportation arm of the company. With Ultrack Systems Inc. programs already being integrated in all 4 Tesla models has to offer, this would make the autonomous fleet of Tesla’s primed and ready to take on GPS locating services from Ultrack Systems. The same or similar autonomous fleet can also be made by Tesla rivals, allowing a possibility of a partnership between the rivals and is also a possibility of adopting technology from Ultrack Systems.

Uber and Lyft may find themselves at a significant disadvantage when it comes to ride sharing platforms due to Tesla having a fully autonomous vehicle fleet, which would be tracked by Ultrack Systems. The advent of Tesla’s fleet would force Uber and Lyft to adopt a similar strategy as Tesla simply due to drawbacks of having human drivers, instead of artificial intelligence driving vehicles like Tesla. For Uber and Lyft, about 80% of each fare a customer pays goes towards payment to the driver. By not adopting a fully autonomous fleet of cars, Uber and Lyft would be at a severe disadvantage profit margin wise, with about an 80% higher cost per ride than Tesla, Thus forcing them to adopt Ultrack Systems technology or similar, an incredible opportunity for the company in the years and decades to come.

Having been officially started only a few months ago, Ultrack Systems Inc. is already on an incredibly strong and steady path to profitability in the not too distance future with their product. The company has made great strides at advancing its proprietary technology and integrated its systems into EV’s, all Tesla’s and BMW. Although the company is still in its infancy, Ultrack Systems Inc. has already reduced debt, reduced dilution, introduced a new innovative product, established relationships with automotive and telecommunications companies, and expanded globally to 180 countries. All of these accomplishments were achieved in a span of just 4 months, imagine what the next 2 years have in store for Ultrack Systems Inc. and its shareholders.