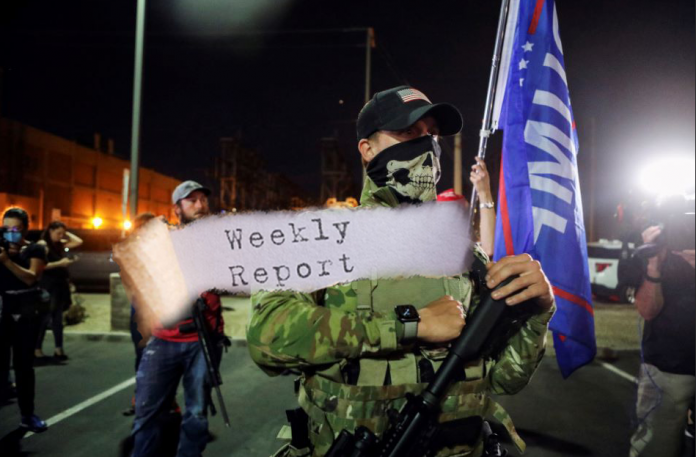 A wild week—so far, the broader market has performed as I predicted in “Bet on Political Instability and Market Volatility.” The VXX, which trades the Volatility Index (VIX), shot up before the election but not nearly as much as anticipated and then fell on Election Day. The VIX is still down despite President Trump’s election-losing bereavement as he predictably decries foul play.

“A house divided against itself cannot stand,” declared Lincoln. Well, it’s going to have to. Because a divided government is one thing, but such entrenched division in this country (based far more on cultural sentiment than policy) is quite another. And despite Biden’s avuncular, welcoming posture, that division isn’t going anywhere. We now have competing groups of protestors arguing over the very legitimacy of our democratic system. Should Biden win, millions of Trump supporters will consider him to be illegitimate; this is how nations fall.

And then there is the virus that isn’t going anywhere. We just hit a new daily record of 120,000 new cases of Covid-19— a pathogen that has both illuminated and deepened this divide. Increasing American zealotry will result in more guns and more germs. Unable to stop the spread of the pistol or the pandemic, these sector stocks are a necessary addition to any “killer” equities portfolio.

Like clockwork, scores of God- and Democrat-fearing Americans rushed to gun stores the weeks before the election, resulting in rising gun sales and rising gun stocks. This was the case before the 2016 election and was the case both before and after Barack Obama’s election wins. But on Election Day, these gun stocks fell—not at the thought of a Biden presidency, but on the likelihood of a divided government, with the Senate reigns held tightly in Mitch McConnell’s iron grip. Major gun control won’t come anytime soon. The Dems will not be coming for your guns. And so, sky-high stock prices began to fall a little back to Earth on Wednesday. But the dip didn’t last as I expected, despite the outcome of the election still looking like a Biden-led divided government.

Firearm stocks like Smith & Wesson Brands (Nasdaq: SWBI) fell 1.7% while shares of Sturm, Ruger & Co. ( NYSE: RGR) stock dropped 10.5%. Both have shot back up to nearly where they were before Election Day.

But while a divided government might have meant a dip in gun stocks and a much-needed exhalation for gun owners, long-term division culturally and politically in this country fueled by Trump’s predictable refusal to accept an election loss, a spreading virus, and protests-turned-riots, means that betting on gun sales to rise long-term is a safe, albeit disconcerting, bet. I like both Ruger and Smith & Wesson.

I also like Ammo stocks, like the aptly named AMMO, Inc. (OTCQC: POWW) and Vista Outdoor (Nasdaq: VSTO), the latter of which purchased struggling Chapter 11 Remington at auction for $84 million, an acquisition that should fuel future growth. For the quarter ending Sept. 30, Vista earned $79.6 million, or $1.34 per share. Last year’s second quarters saw a loss of $12 million, or 21 cents a share. Sales were $575 million from the same period in the previous year, an increase of over 30%. As for AMMO, look to buy this potentially explosive stock before its upcoming earnings on November 16, when it expects to report $12 million in revenue for the second quarter of the company’s 2021 fiscal year.

You can also play guns through big retailers like Walmart (NYSE: WMT) and Big 5 Sporting Goods (Nasdaq: BGFV), two retail stocks worth buying for reasons related more to the pandemic and the upcoming holiday season than for gun sales. Still, they sell a lot of guns.

Guns and germs haven’t gone hand in hand like this since a couple continents’ worth of Amerindians were wiped out by a combination of swords, muskets, and measles. Sadly, Native Americans are among the most disproportionally affected populations from Covid-19.

Indeed, gun sales skyrocketed as the pandemic spread in March. So far, 9.4 million Americans have been infected with Covid-19 and 233,600 have died. In tandem, a whopping 32.12 million background checks for gun sales have been conducted by the FBI this year alone. And these buyers are not who you think they are, adding to the validity of the thesis that gun sales won’t stay down for long on divided government. This boom in sales was, in part, bolstered by first-time gun buyers—nearly 7 million of them during the first 10 months of the year, according to National Shooting Sports Foundation (NSSF).

Many of these new buyers are women, minorities, and left-leaning formerly gun-adverse consumers now arming themselves to the teeth. Indeed, zeal for guns and self-defense in a time wrought with uncertainty has finally spread across all demographics. As for me, I was shot by a former Deputy DA in Sacramento after an altercation he initiated; I was unarmed. Renumeration? Nope. Just a bullet wound and hospital bills. Unfortunately, there was no video from a hotel camera that would support or disprove the perpetrator’s absurd self-defense claim as they insisted. They lied. But that’s another story all together. Suffice it to say that’s one reason to buy healthcare, as well as healthcare stocks. (And let’s throw in a little police reform while we are at it.)

Speaking of heathcare stocks, was no surprise when managed healthcare companies saw their share prices soar on news of what is likely to be a divided government. The lack of a blue wave all but ended any Democratic dreams of a sea change in healthcare.

Health insurer UnitedHealth Group (NYSE: UNH) rose 10%, while Cigna Corp (NYSE: CI) andAnthem Inc (NYSE: ANTM) jumped by double digits. These three stocks are solid buys for broad-sector exposure. But there is no healthcare company more perfectly positioned to benefit for what will be a long, dark winter of germs than Teledoc (NYSE: TDOC).

Is Teledoc overvalued? Without a doubt. And while the telemedicine trend—like most Covid-19-related trends—will continue long after the pandemic has subsided, I do not think telemedicine is going to do to medicine what Zoom has done to meetings. But with the recent Livongo Health $18.5 billion deal, Teledoc is the undisputed powerhouse in this space. Buy the dip now, and by the end of the year, as the virus worsens, consider selling if you’re ahead.

This was not a win for democracy, despite the massive turnout. You don’t measure the health of a democracy purely by the number of votes cast. The nation now revels in zealotry, embroiled in tribalism in the extreme.

The result is a zeal for guns and self-defense now spread across all demographic categories. Will these new gun owners become gun enthusiasts and shoot for sport like the more stereotypical gun owners we all know? This would give a long-term boost to sales of guns, ammo, and related equipment. Or will they just put their guns under their pillows and hope that the Second Civil War never comes? Or, more troubling, will we see even more left-leaning gun owners make their presence known in response to their right-leaning, longtime gun-toting counterparts?

One thing is clear: The trend towards increased gun ownership, motivated by politics or just personal safety, will continue in this country, united or divided government be damned.

To follow CapitalWatch.com Editor Gregory Bergman’s other trading ideas including swing and day trades, sign up for https://www.tradeexchange.com/

The opinions expressed in this article do not reflect the position of CapitalWatch or its journalists. The analyst has no business relationship with any company whose stock is mentioned in this article. Information provided is for educational purposes only and does not constitute financial, legal, or investment advice. 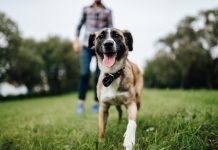 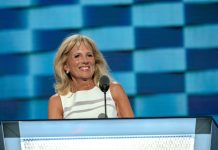 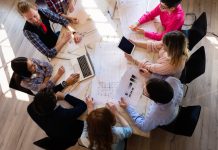