Multimedia company, Ubiquity, Inc. (OTC Pink: UBIQ) Rallies 12% on heavy volume during the early trading hours of trading on June 15, 2016. On average, the company has seen daily volume come in around 86,000 shares over the past three months. However, the strong move higher today is backed by nearly 196,100 shares or around $76,000 in dollar volume.

After recently appointing a new CEO on June 9, 2016, Ubiquity, Inc. (OTC Pink: UBIQ) continues to work on revamping its business and management. The company is in hot water with OTC Markets, but with new directors and management, the company hopes to get back on track. The big news driving the stock higher today came from an announcement that the company had hired a new head of its studio operations:

A veteran of the studio business, Halterman brings 20+ years of experience working in the studio recording, music, radio, and production businesses to his new position at Ubiquity. He started his career in the music business working on projects for Interscope Records and Disney.  Throughout his career in radio he has served as Program Director, Assistant Program Director, Music Director, On-Air Morning Show Talent, Mix Show DJ, and has mastered both radio imaging and engineering. He has produced multiple # 1-rated radio morning shows and is responsible for bringing those shows to flagship stations across the country including: 92.3 The Beat (Los Angeles), 106 KMEL (San Francisco), and 103.5 The Beat Power 96 both in Miami.

Ubiquity CEO Nick Mitsakos said: “John’s deep experience in entertainment production, along with our shared vision and his unique ability to execute Studio’s standalone strategy, makes him an ideal candidate to develop and grow the business. I believe his leadership behind this spinoff will create significant value for our shareholders.”

Halterman said: “I am pleased to join the team at Ubiquity Studios as it transitions into its own branded business and I look forward to building on the studio’s tremendous accomplishments to date. Ubiquity Studios is one of the most advanced digital multimedia studios in the world, and we will be leveraging its top-of-the line facilities, infrastructure, and production capabilities to bring the latest, most in-demand content, including virtual reality and holographic, to the market.”

Recently, Halterman served as Producer, Editor, and Music Director for the long running network series Skee TV for both AXS and Fuse networks. Additionally, he has collaborated with DJ SKEE on the SKEE 24/7 Radio app. Previously Halterman helped pioneer the most successful syndicated mix shows in radio history with Premiere Networks, Dial Global, and Super Radio. Along with composing original scoring for television shows such as Comedy Central’s “Mind of Mencia” and “Hollywood House”, Halterman has also produced original content for multi-platinum rap artists such as Dr. Dre, Busta Rhymes and many others.

About Ubiquity, Inc. (UBIQ)
Based in Irvine, CA, Ubiquity is a vertically integrated, technology-focused media company. Ubiquity is focused in five specific areas with a robust portfolio of patents and intellectual property. The Company has developed an intuitive user interface making access to all content from any device in a simple, consistent format. Ubiquity enables the search and identification of any object and image in all video and digital media and has developed a platform for mobile transaction including the integration of payments, money transfers, coupons and gifts. Ubiquity has also developed an industry-leading, intuitive, immersive consumer experience for all web-based activity. Finally, the company allows for the personalization of all content, whether public or private, in a unique accessible way. Ubiquity’s intellectual property and unique cloud-based technology combines Mobile as a Service (“MaaS”) with Software as a Service (“SaaS”) to enable its customers to structure their content and data in a mobile cloud to deliver innovative user experiences to their multiscreen communities and audiences worldwide. Through Ubiquity Labs the company is leveraging an extensive portfolio of intellectual property spanning Web 3.0, immersive advertising, video compression, content distribution, e-commerce, and mobile applications to support the commercialization of new technologies. In addition, Ubiquity intends to pursue strategic licensing opportunities. Ubiquity, Inc. owns 51% of Sprocket Hong Kong Ltd., and receives 60% of the revenue generated from Sprocket HK Ltd. For more information go to www.ubiquitycorp.com

Ubiquity Studios are recognized as the premier place to create cross-platform digital entertainment content. The studios have more than 30,000 square feet of digital production space and boast premium amenities including three large and luxurious fiber linked and air-conditioned sound stages, along with unparalleled state-of-the-art camera equipment, lighting, and pre and post production facilities. Ubiquity Studios operates one of the most advanced digital multimedia studios in the world boasting 3 sound stages, fiber connectivity throughout, gourmet kitchen, fully equipped salon and multiple edit and control bays, mobile control rooms, and all of the industry leading cameras and camera equipment including The Phantom, Sony F65, and the Arri Alexa.The Studios have been optimized to develop, shoot, edit and distribute immersive 2D and 3D content and have intensified its virtual reality productions. The facilities are an excellent venue for live events and commercial shoots and are available for video production and, editing projects.

By their nature, forward-looking statements involve known and unknown risks, uncertainties and other factors which may cause actual results, performance or achievements, or other future events, to be materially different from any future results, performance or achievements expressed or implied by such forward-looking statements. Such factors include, among others, the failure of the business strategy, the integrity of the Company’s patents, proprietary intellectual property, and competition. The Company cautions that the foregoing list of risk factors is not exhaustive and is subject to change and there can be no assurance that such assumptions will reflect the actual outcome of such items or factors. When relying on the Company’s forward-looking statements and information to make decisions, investors and others should carefully consider the foregoing factors and other uncertainties and potential events, including the risk factors set out in the Company’s 10K/A for the year ended December 31, 2014. See the sections entitled “Risk Factors” in Ubiquity’s quarterly and annual reports as filed by Ubiquity from time to time with the Securities and Exchange Commission. The Company has assumed that the material factors referred to above will not cause such forward-looking statements and information to differ materially from actual results or events. 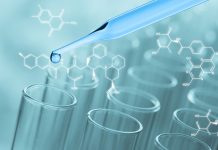 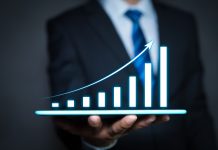 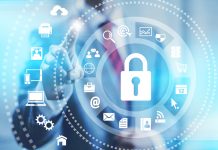