It has been no secret that the rally in gold and silver commodities has given life and a strong rally higher to precious metals miners throughout 2016. Economic uncertainly, Brexit and the idea that the global economy is hanging on by a few threads, has increased demand for safe haven assets such as gold, silver, U.S. Bonds/Notes, bond proxy stocks, and other areas of the market that are deemed to be safe havens. One such stock that has benefitted is Trevali Mining Corporation (OTCQX: TREVF), which engages in the mining, production, and extraction of precious metal deposits within its mining assets.

On a year to date basis, Trevali Mining Corporation (OTCQX: TREVF) has climbed 117.29% through July 2016. Today’s price action shows that the junior gold mining company can add an additional 8.15% in gains to its total. Over the past three months, Trevali Mining Corporation (OTCQX: TREVF) has seen average daily volumes fall around 173,512 shares. However, 259,000 shares or $151,955 in dollar volume has already exchanged hands in the early trading session Thursday, July 14, 2016.

On July 11, 2016, Trevali Mining Corporation (OTCQX: TREVF) released second quarter 2016 earnings that showed major strides in zinc production and milling. In fact, the company recorded a record output of 15.2 million pounds of zinc on its properties during the second quarter. Here is a press release detailing of the recent quarterly earnings update:

Given the mine’s record zinc production during the first half of 2016, the Company has increased its 2016 annual Santander Zinc Production Guidance to 57-60 million pounds of payable zinc in concentrate grading approximately 50 percent Zn (up from 52-55 million payable pounds). Lead and silver guidance for 2016 remains unchanged at 22-25 million pounds of payable lead in concentrate grading approximately 56-58 percent Pb and 800,000-1,000,000 ounces of payable silver. Cash costs for 2016, which were lowered following strong Q1-2016 operating results, remain an estimated US$35-US$38 per tonne milled and site based business initiatives are ongoing (please see Cautionary Note on Forward Looking Statements at the end of this document).

Trevali is a zinc-focused, base metals mining company with two commercially producing operations.

The Company is actively producing zinc and lead-silver concentrates from its 2,000-tonne-per-day Santander mine in Peru and its 3,000-tonne-per-day Caribou mine in the Bathurst Mining Camp of northern New Brunswick. Trevali also owns the Halfmile and Stratmat base metal deposits, located in New Brunswick, that are currently undergoing a Preliminary Economic Assessment reviewing their potential development.

The common shares of Trevali are listed on the TSX (symbol TV), the OTCQX (symbol TREVF), the Lima Stock Exchange (symbol TV), and the Frankfurt Exchange (symbol 4TI). For further details on Trevali, readers are referred to the Company’s website (www.trevali.com) and to Canadian regulatory filings on SEDAR at www.sedar.com.

On Behalf of the Board of Directors of

This news release contains “forward-looking statements” within the meaning of the United States private securities litigation reform act of 1995 and “forward-looking information” within the meaning of applicable Canadian securities legislation. Statements containing forward-looking information express, as at the date of this news release, the Company’s plans, estimates, forecasts, projections, expectations, or beliefs as to future events or results and the Company does not intend, and does not assume any obligation to, update such statements containing the forward-looking information. Such forward-looking statements and information include, but are not limited to statements as to: the Company’s plan to prepare a new PEA for its Halfmile and Stratmat properties, the accuracy of estimated mineral resources, anticipated results of future exploration, and forecast future metal prices, expectations that environmental, permitting, legal, title, taxation, socio-economic, political, marketing or other issues will not materially affect estimates of mineral resources. These statements reflect the Company’s current views with respect to future events and are necessarily based upon a number of assumptions and estimates that, while considered reasonable by the Company, are inherently subject to significant business, economic, competitive, political and social uncertainties and contingencies. 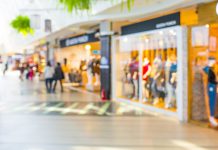 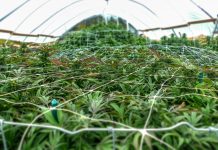 View Systems, Inc. (OTC Pink: VSYM) up 81% after Planting Cannabis in Uruguay this Season, on Target for 250,000 POUNDS 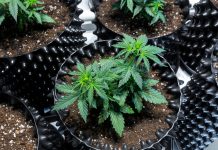