Todos Medical, Ltd. (TOMDF) just released a corporate update of what amounts to a very credible plan to take on pharma giant Pfizer (PFE) in a race for Biden’s $3.2 billion quest for an antiviral.  Since their clinical trial is in Israel the recent surge of the Delta variant has increased hospitalization which would trickle down to increased enrollment in their trial.  Supplementing their trial is a collaboration with India that has “near-immediate access to 6 clinical sites that have previously enrolled patients” which could also mean an acceleration of enrollment that ultimately lands them in a position to start recruiting for a phase 3 in India and to seek an Emergency Use Authorization (EUA). For a company with a 1 in 4 shot at a $3.2 billion prize the market is grossly undervaluing it at $20 million.

Not far off message from the recent CNBC remarks of Pfizer’s CEO Albert Bourla was the CEO of Todos Medical, Gerald Commissiong, who said “we believe that Tollovir may ultimately represent a new standard of care in the treatment and management of COVID-19.”  We have never seen this type of warning shot against big pharma and Albert Bourla whose employees are “treated almost like a hero” for being the first to come to market with a vaccine.  This bold statement, however,  was backed up by more color on the Mechanism of Action (MOA) that seems to indicate there is a dual mechanism.  While Pfizer’s drug just targets the antiviral part of the disease Tollvir also has an anti-inflammatory component which in theory makes it superior in the sense that it can treat people over a larger course of the disease.  In a head to head comparison against Pfizer’s drug, Tollovir would be effective on a much larger patient population.  The company explained their evidence of this was in the reduction of the biomarker C Reactive Protein (CRP) which cannot be explained by a reduction in only viral load.  Pfizer is one clinical trial phase behind Todos, and expects an approval on their 3CL protease inhibitor by the end of this year.  If Tollovir is to beat Pfizer then a phase 3 clinical trial would need at least their interim readout before the end of the year.

Todos also has an immune supplement called Tollovid which represents about 1/3rd of the active ingredient in Tollovir.  Tollovid, the supplement, earned the certificate of free sale for a 5-day dosing regimen from the FDA in May.  The active ingredient in Tollovid is the same as Tollovir which dramatically increases the likelihood of approval from a regulatory perspective assuming there is no dose limiting toxicity that has not already been discovered.  The company opined

“We believe this authorization underscores the emerging need in the marketplace for immune support supplements supported by strong scientific and safety data, as well as provides international regulatory authorities with a high degree of comfort of Tollovid’s safety profile.”

The company also announced their launch of a retail website called www.myTollovid.com which allows the purchase of the immune boosting supplement directly from the company.  They also are expanding their footprint internationally and these distribution partners would likely fund the expansion to overseas markets. Expected distribution deals should be within the current quarter.

It’s already clear that both PFE and TOMDF believe that 3CL protease inhibitors are safe and effective against COVID-19 and variants. Investors that want to wrap their heads around why, need to look no farther than the Tollotest that Todos developed to measure 3CL protease enzymes.  The reason 3CL protease is such a powerful biomarker is because it is only present in the body if the person has an active coronavirus.  Now that can mean any coronavirus but in this day and age COVID-19 is prevalent and this test could tell if you are still infectious because without the 3CL protease there is no active infection.  This also might eventually replace the real time PCR tests that measure spike protein regardless if they are attached to an infective virus or a viral fragment that has been destroyed. This is a very big part of their strategy going forward with the diagnostics business

There was also an update on the CLIA lab that they acquired called Provista.  The salient news was that they invested in throughput and screening allowing them to be much more efficient at processing samples.  This should allow them to get more lucrative contracts based on volume.  The schools are a prime example of potential business as tests would be required for admittance. This move also positions themselves to test for the presence of the neutralizing antibody. Those that took the vaccine 6 months ago will want to know if they still have protection or need a booster shot as the delta variant prevalence rises which is expected to be at over 50% by mid July.  These are a few of the trends that will push the testing business back into the spotlight.  The bottom line is that the moves they made position them to double their reimbursement revenues.

This morning the market reacted very negatively toward an 8-K filing last night that laid the foundation for an uplisting to the NASDAQ.  While an increase in the authorized shares is almost always taken as a negative because it allows the company to get extremely loose in diluting shareholders interests, the CEO was quick to dismiss that idea in the comment of the update.  Commissiong said:

The purpose of the reverse split and increase in authorized shares is to eventually achieve compliance in obtaining an uplisting to the NASDAQ.  Having this latitude to reverse split the stock gives them a better negotiating position with NASDAQ. A shareholder meeting is to be held on July 26th, which means an uplisting could happen in the August time frame that seems to correspond with their launch of a clinical trial in India.

Todos Medical has a credible plan to get the drug to market or at least get it to the stage that Merck’s (MRK) drug Molnupiravir got to when it was awarded a $1.2 billion dollar purchase order from the government.  The biggest risk is Todos Medical is their ability to raise money in a quick and efficient manner to capitalize on the market opportunity.  The uplisting looks like it’s on track and should have investor backing.  Most of the programs they have in place seem to be self funding like the crowdfunding initiative with Tollovid which could do really well thanks to all the publicity that PFE is giving to its 3CL protease inhibitor which in theory might be an early cure to COVID-19.

The company is very cognizant of dilution when you look at the statements surrounding the stock split and efforts to “mitigate potential dilution.”  The stock has a $20 million market cap and is frustratingly low to current shareholders that understand the potential.  The overhang seems to be from convertible note holders that really don’t understand the true value of what they are holding.  These noteholders might be very close to finishing their liquidation based on a volume analysis of the shares traded over the past quarter.  Their conversion price basis is at the current market cap which is why the stock volume tends to eventually dry up after a sell off.  Investors that understand there is limited downside and the only reason for the depressed stock price is a structural investor myopically interested in liquidation will be well served buying shares. Investors who capitalize on this structural inefficiency could see TOMDF stock price vaulting in the near future as investors who understand that investment in TOMDF is akin to a lottery ticket where you get your money back if you lose.  The government backed race to find an antiviral represents a $3.2 billion prize and there are only 4 tickets currently in circulation , MRK, PFE, Atea Pharmaceuticals (AVIR), and TOMDF. 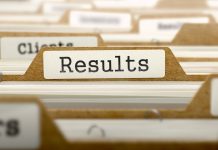 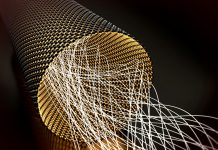 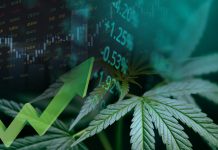 These Cannabis Stocks are Poised to move this Year