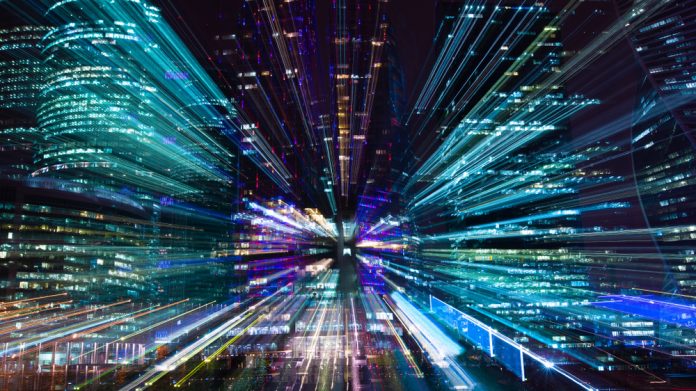 This article written in Benzinga by author Tyler Bundy talks about this tech stock that seems to be breaking out.

The article titled “Why This Tech Stock Looks Like It’s Breaking Out”. It speaks about tech stock MicroVision Inc. (MVIS) And how it traded sharply higher Friday morning, running over 40%. The stock is likely moving with other technology stocks such like Advanced Micro Devices Inc. (AMD) 3.4% and NVIDIA Corp. (NVDA) 1.06% in the wake of Intel Corp.’s (INTC) 0.45% first-quarter report.

The writer goes on to say, MicroVision looks to have broken out of what technical traders may call a bullish flag pattern. The stock is trading above both the 50-day moving average (green) as well as the 200-day moving average (blue), indicating sentiment in the stock has been bullish. These moving averages may both hold as support levels in the future.

What’s Next for MicroVision?

Bearish technical traders would like to see the stock fall back below the line that connects the highs, and then stay trading in the downward channel. If the price is able to push to the bottom of the channel and fall through the line connecting the lows, it may see a further downward push.