StereoVision’s majority owned medical cannabis and organic hemp subsidiary, Cannavision has completed a ‘zero cost rent’ 1,000-acre lease with the Calimano Benito Group. Cannavision will provide the funds necessary to cultivate and harvest the hemp crop and distribute the products generated. CannaVision is to recover all its costs first and the profit is then to be split 50-50 with the Calimano Benito Group.

StereoVision’s CEO Jack Honour stated, “We very much want to thank Andres Romero and Raul Matos and the Calimano Benito Group for shepherding this very favorable lease agreement through to fruition. As previously announced on 2/8/18 Andres has assured us we are definitely getting an industrial hemp cultivation permit in Puerto Rico”

Puerto Rico’s former Governor and U.S. Congressman Carlos Romero-Barcelo was StereoVision’s Vice Chairman from 2008 to 2015, and his son Andres remains a trusted Board of Directors member and advisor. Senor Romero is General Manager of all StereoVision’s business activities in Puerto Rico.

Currently, Puerto Rico imports 90% of its produce leaving their farming industry at a virtual standstill. Our plan is to syndicate farmers across Puerto Rico to grow organic hemp. At each farm, we plan to install hurricane-resistant solar fields, so each farm will be energy independent while generating enough electricity to sell back to the grid.

The organic hemp product that is our priority is the health food supplement CBD. In a best-case scenario, as much as $140,000US per acre per harvest can be generated from the CBD in organic hemp. Because of the favorable climate in Puerto Rico, unlike Canada where hemp cultivation is legal, but they generally get only one crop a year, in Puerto Rico we can get two maybe even three crops a year which could generate as much as $420mil in CBD sales per year.

There are a number of other products that can be derived from hemp including inexpensive eco-friendly building products like hempcrete, and in the aftermath of  Hurricane Maria our low cost renewable resource building materials will be most welcome. Organic hempseeds are another commodity generated from hemp. There’s also hemp clothing and a number of hemp food products. We believe the hemp industry is positioned for a long run of sustainable growth and we’re grateful to be a part of it.”

Except for historical information certain statements in this news release may contain forward-looking information within the meaning of Rule 175 under the Securities Act of 1933 and Rule 3b-6 under the Securities Exchange Act of 1934, and those statements are subject to the safe harbor created by those rules. All statements, other than statements of fact, included in this release, including, without limitation, statements regarding potential plans and objectives of the Company, are forward-looking statements that involve risks and uncertainties. There can be no assurance that such statements will prove to be accurate and actual results and future events could differ materially from those anticipated in such statements. The Company cautions that these forward-looking statements are qualified by other factors. The Company undertakes no obligation to publicly update any statements in this release, whether as a result of future events, or otherwise.

All information contained herein as well as on the EmergingGrowth.com website is obtained from sources believed to be reliable but not guaranteed to be accurate or all-inclusive. All material is for informational purposes only, is only the opinion of EmergingGrowth.com and should not be construed as an offer or solicitation to buy or sell securities. The information may include certain forward-looking statements, which may be affected by unforeseen circumstances and / or certain risks.  This report is not without bias. EmergingGrowth.com has motivation by means of either self-marketing or EmergingGrowth.com has been compensated by or for a company or companies discussed in this article. Full details about which can be found in our full disclosure, which can be found here, http://www.emerginggrowth.com/7876682-7/. Please consult an investment professional before investing in anything viewed within. When EmergingGrowth.com is long shares it will sell those shares. In addition, please make sure you read and understand the Terms of Use, Privacy Policy and the Disclosure posted on the EmergingGrowth.com website. 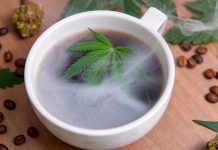 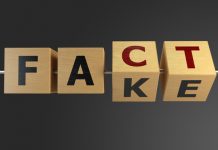