Steven Previch, Cannavision’s COO continued, “While we’re standing by at the ready waiting for our hemp farming permits for the farming acreage we’ve secured in Puerto Rico, with the Bowman Family Farms J/V we’re now fully licensed and permitted for hemp farming. CannaVision has no upfront costs for the purchase or lease of irrigated farmlands. An added value in this J/V is the Bowman’s unparalleled knowledge and experience in the industrial hemp industry.”=

SVSN also recently announced that it has, through its majority owned medical cannabis and organic hemp subsidiary, CannaVision, completed a 1,000 acre hemp farm lease agreement in Puerto Rico with the Calimano Benito Group.

The CBD in organic hemp, can generate up to $140,000 per acre, per harvest, and because of the favorable climate in Puerto Rico, the Company can harvest 2-3 crops per year, which in this case, would generate $420 million in CBD Sales.

Through the REIT, the Las Vegas based company will receive equity in the REIT and management fees and purchase irrigated farm land for long term favored nation leases to its majority owned subsidiary, CannaVision. Stereovision, Inc. (OTC Pink: SVSN) has a 70% stake in CannaVision, which has a fully funded SEC S-1 registration statement being filed with the SEC.

CannaVision has an innovative organic hemp farming model. Leasing land through the $50 million REIT, instead of buying it upfront in the real estate market, will enable CannaVision to exponentially expand its acreage overnight without having to compromise its cash position or raise capital through debt and other dilutive equity financing strategies.

The REIT, which has already aroused sharp interest from Wall Street investors keen on venturing into the legal cannabis space, will allow CannaVision to rapidly expand its footprint. This expansion, which will be explored in greater detail further in the article, will translate into growth for SVSN since it is a majority shareholder. This could unlock tremendous value in SVSN’s stock, which could be considered to be grossly undervalued.

Among the many products from hemp, CBD can generate as much as $180,000 (CAD)/$140,000 (USD) per acre. This is according to research based on the Canadian market, which is more readily available due to the fact that the country has more progressive cannabis laws than the U.S. The chart below gives a detailed breakdown of the expected revenue from just one acre of industrial hemp. 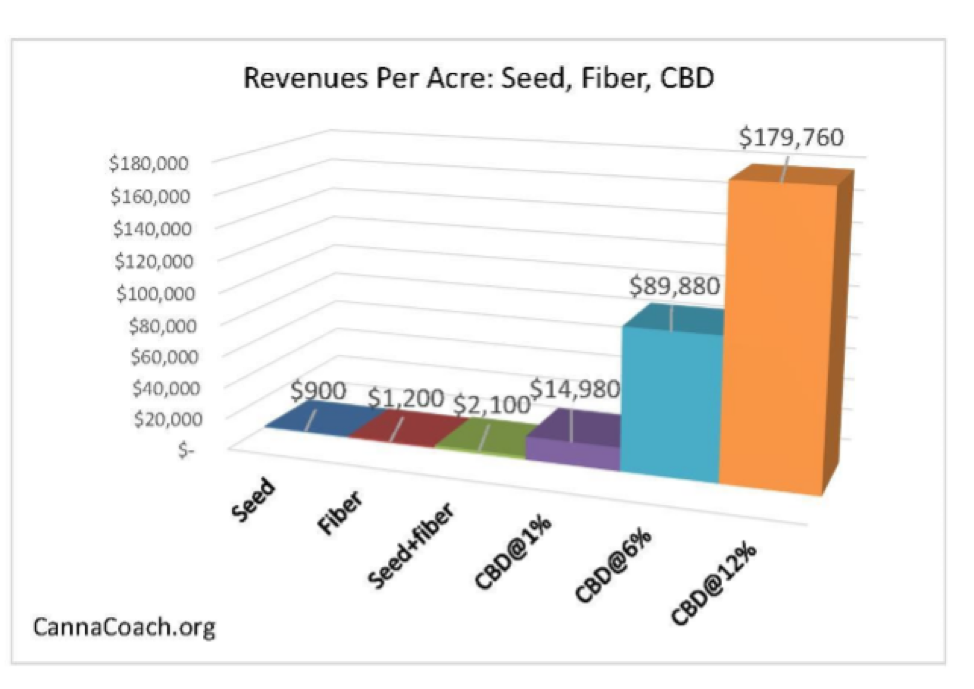 Evidently, acreage is the Holy Grail in hemp cultivation—revenues are a direct function of how many acres you grow. However, expanding acreage is easier said than done. Farmland is increasingly expensive in the U.S., with prices having increased consistently since the early 90s and even defying the 2008 financial crisis. This is according to analysis by The Motley Fool cited on USA TODAY.

The high cost of farmland presents a challenge to the vast majority of hemp cultivators as legal cannabis is still a development stage industry and the vast majority of companies in the space are currently not generating sufficient revenues or cash flows to purchase irrigated farm land.

Moreover, despite sustained hype over 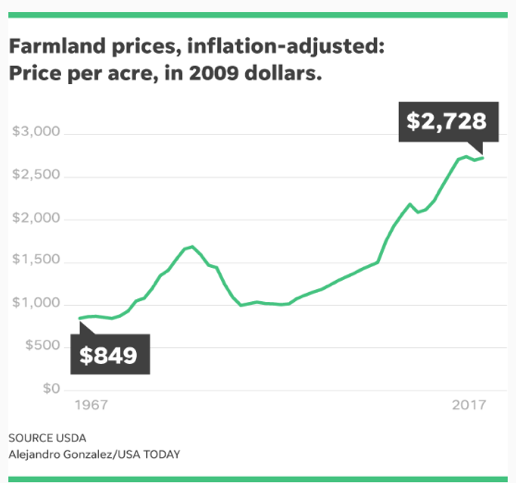 progressive cannabis legislation in the U.S., most cannabis players are still operating legally ambiguous businesses as far as Federal Law is concerned. This introduces insurmountable challenges while seeking capital from Wall Street, commercial banks and other mainstream financial institutions.

As a result, some of the most hotly traded stocks in the space, such as Terra Tech Corp (OTCQX: TRTC), routinely dilute common stockholders through toxic debt in order to raise short-term capital. In our last analysis of the stock earlier in the year, we presented a blow-by-blow analysis of how the company has diluted stockholders through the years by increasing shares outstanding from 76.89 million in 2012 to 903.17 million as at December 11th 2017.  TRTC has dropped 30% since our analysis.

Unlike its peers, SVSN has found a way to get the smart money into legal cannabis through an NYSE-listed REIT. As earlier stated, the REIT will allow its subsidiary—CannaVision—to gain inexpensive access to thousands of acres of irrigated farmland for hemp cultivation without resorting to shareholder-unfriendly financial acrobatics that peers such as TRTC have grown accustomed to.

Only one company so far—Pacific Century Holdings—has successfully launched a cannabis focused REIT, demonstrating the difficulty of accessing cannabis funding on major exchanges while at the same time underlining the rare expertise of managers such as CannaVision’s Previch.

“We are the second company to do so, but the first one in so far as our REIT will exclusively benefit our majority owned subsidiary,” said Honour.

The average price of U.S. farmland is currently around $2,728, according to the aforementioned analysis by The Motley Fool. Through the $50 million REIT, CannaVision will ultimately be able to access up to 18,328 acres. This translates into an opportunity to rake in revenues of $2.6 billion in the long-term. This is not a typo, but a calculation based on the average revenue per acre of hemp of at least $140,000.

Read the full article about the REIT on EmergingGrowth.com

When investors look at the amazing success story of GW Pharmaceuticals (NASDAQ: GPWH), they often get mesmerized by the five year stock chart and forget that successful companies are not built by traders but talented executives who can execute on strategy. The company has had the same CEO—Justin Gover—since January 1999, shortly after it was founded.

CannaVision has the same dedication from its team, who are committed to drive the company’s vision into the long-term. Through its parent company, it will be able to access farmland without putting itself in financial jeopardy, a feat that very few cannabis players have achieved. It also has an incredible business case and could witness exponential growth in revenue in coming years, leading to a potential big ticket acquisition.

SVSN, which has a 70% stake in CannaVision, again, could be considered grossly undervalued in light of its current market cap of around $12.4 million versus CannaVision’s potential to rake in revenues of $20 million in the first year of operation without stock dilution, debt financing costs and land acquisition costs. CannaVision’s potential to become a billion-dollar company by revenue through the REIT can also not be downplayed.

Once the REIT draws much deserved attention to SVSN, which has other highly successful media and production subsidiaries, the upside could be tremendous. The stock is a value play!

All information contained herein as well as on the EmergingGrowth.com website is obtained from sources believed to be reliable but not guaranteed to be accurate or all-inclusive. All material is for informational purposes only, is only the opinion of EmergingGrowth.com and should not be construed as an offer or solicitation to buy or sell securities. The information may include certain forward-looking statements, which may be affected by unforeseen circumstances and / or certain risks.  This report is not without bias. EmergingGrowth.com has motivation by means of either self-marketing or EmergingGrowth.com has been compensated by or for a company or companies discussed in this article. Full details about which can be found in our full disclosure, which can be found here, http://www.emerginggrowth.com/7876682-7/. Please consult an investment professional before investing in anything viewed within. When EmergingGrowth.com is long shares it will sell those shares. In addition, please make sure you read and understand the Terms of Use, Privacy Policy and the Disclosure posted on the EmergingGrowth.com website. 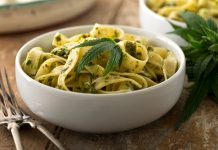 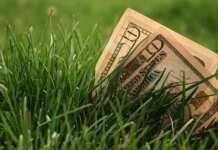 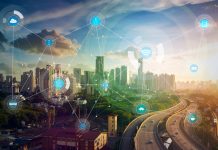