Average daily volume for PTOP is 9 million shares. Today’s news has caused the volume to increase to over 342 million shares in the morning hours of trading.

CAMBRIDGE, Mass., April 18, 2019 (GLOBE NEWSWIRE) — via OTC PR WIRE — Peer To Peer Network aka Mobicard Inc. (Mobicard) (OTC: PTOP) is pleased to make its third major announcement in as many weeks. First, it was reported that a Scope of Work contract had been signed with Think Latitude, Inc. commencing development of MobiCard’s contact software. Then, it was revealed the US Patent Office has allowed MobiCard to be granted a patent on its specific intellectual property which will be granted on April 23rd. Now Mobicard announces the settlement and satisfaction of its largest outstanding liability: the convertible note issued in 2015 for the license and then transfer of C2A assets to Mobicard. This note, as publicly disclosed on multiple Form 8-Ks on EDGAR in 2015, had an original face value of $500,000, and was potentially convertible into 90% of Mobicard’s fully diluted capital stock.

CEO Josh Sodaitis has brought MobiCard closer to achieving the strategic objectives he had laid out upon becoming CEO, then it has ever been. With this settlement completed, the patent protection, and product development allow for an anticipated soft release of the product by the end of Q3 2019. Now this agreement with C2A secures a foundation under that progress. First, it eliminates the legacy cost of what the company paid to acquire its assets four years ago. More importantly, as part of the settlement terms, C2A shareholders invested a minimum of $150,000 of new working capital into Mobicard. This achieves multiple goals including but not limited to expanding the shareholder base, and establishing what MobiCard’s management believes is important, and valuable relationships that CEO Joshua Sodaitis said “Will be instrumental in enabling MobiCard to complete its key strategic objectives. Most importantly, it will allow the original transaction with C2A to be classified such that prior and current GAAP financials can rapidly advance and be finalized.”

The C2A convertible note held a liability of $500,000 debt on the books to C2A, it was settled and satisfied for an issuance of Mobicard common stock equal to 45% of Mobicard’s fully diluted capital stock. To be clear, the settlement terms act to cancel the C2A convertible. This enables Mobicard to remove the liability, keep the intellectual property of the legacy platform, domain names, patent, as well as any and all intellectual property C2A transferred into PTOP. This is a major milestone that clears the path for MobiCard to achieve market penetration. This gives Mobicard funds that may be devoted to roll out of the fully developed platform, push forward the financials, have security in voting rights and ramp up future marketing efforts as well as other necessities to completing Mobicard’s goals.

Final product development, patent protection, retirement of legacy costs: these three most recent developments are exemplary of the progress MobiCard has made since CEO Josh Sodaitis began his stewardship as CEO of the company in June of 2018. With these milestones now behind, MobiCard is free to move forward in its determination: to advance the financials, bring contact management firmly into the digital age, penetrate/saturate the market, and retire the paper business card for the relic it is.

Peer To Peer Network aka Mobicard Inc. (Mobicard) owns and markets its core technology, a SaaS mobile solution branded C2A MobiCard, a scalable mobile business card software platform that enables users to create a customized web-based personalized mobile app that is sharable by text SMS, email, digital and social media. Subscribers are able to track when the card opens, views and shares all while validating and analyzing new leads and referrals in real time, thereby knowing who and when to follow up www.freemobicard.com

This release includes forward-looking statements within the meaning of Section 27A of the Securities Act of 1933, as amended, and Section 21E of the Securities Exchange Act of 1934, as amended. The Company invokes the protections of the Private Securities Litigation Reform Act of 1995. All statements regarding our expected future financial position, results of operations, cash flows, financing plans, business strategies, products and services, competitive positions, growth opportunities, plans and objectives of management for future operations, as well as statements that include words such as “anticipate,” “if,” “believe,” “plan,” “estimate,” “expect,” “intend,” “may,” “could,” “should,” “will, ” and other similar expressions are forward-looking statements. All forward-looking statements involve risks, uncertainties and contingencies, many of which are beyond our control, which may cause actual results, performance, or achievements to differ materially from anticipated results, performance, or achievements. Factors that may cause actual results to differ materially from those in the forward-looking statements include those set forth in our filings at www.sec.gov. The company is no longer a fully reporting SEC filing company. We are under no obligation to (and expressly disclaim any such obligation to) update or alter our forward-looking statements, whether as a result of new information, future events or otherwise. 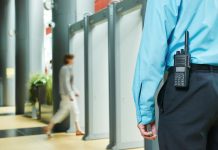 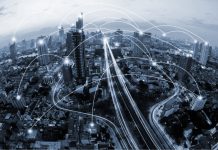 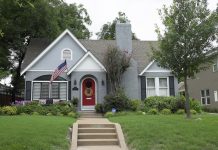