The Movie Studio, Inc. (OTC Pink: MVES) just announced that it is has begun to monetize its content through a revenue share with Amazon.com as it prepares to launch its proprietary “Vu-Me” app.

The revenue share, subscription based digital media marketing will be accompanied with a “Win A Part” in a movie contest online on The Movie Studio’s website for upcoming Movie Studio feature film releases.

Through the acquisition of Emerging Pictures, The Movie Studio, Inc. (OTC Pink: MVES) gained a network of 150 theaters and is working to secure licensing rights to distribute “up to” 1,800 movies in the catalog. This is a major step for the company, in what appears to be a potential parallel to Helios & Matherson’s (NASDAQ: HMNY) MoviePass, however The Movie Studio has access to legacy content, library content or new content “Owned” by The Movie Studio, Inc.

Helios and Matheson Analytics, Inc. (NASDAQ: HMNY): The company, which also owns and operates the popular MoviePass app, utilizes a subscription-based model that allows consumers to see one movie per 24 hours. The technology is available in 91% of the almost 40,000 theaters across the United States.

MoviePass is a relatively similar concept to The Movie Studio, Inc.’s (OTC Pink: MVES) recent acquisition, Emerging Pictures and its ability to deliver commercial-grade video on demand services. The Movie Studio, Inc. (OTC Pink: MVES) now has a network of over 150 theaters in the US, with the rights to distribute over 1,800 movies. As of December 2017, Helios and Matheson Analytics, Inc. (NASDAQ: HMNY) has a market cap of $113.6 million and a share structure consisting of 12.44 million shares outstanding and a float of 5.02 million shares. During the third quarter 2017, the company reported total revenue of $1.17 million and a net loss of $43.46 million.

Overall, The Movie Studio, Inc. (OTC Pink: MVES) is well positioned to be acquired by one of the larger streaming entertainment companies, as they bolster their budgets in an effort to compete for top original content.

Twenty-First Century Fox, Inc. (NASDAQ: FOXA): The film and television production giant is responsible for some of the greatest movies of last decades: “Star Wars,” “Independence Day,” “Avatar,” “Home Alone,” “Planet of the Apes” series, and countless others. The company’s television unit also produces some of the most well known shows on TV: “Empire,” “This Is Us,” “Modern Family,” “American Horror Story,” and many more. 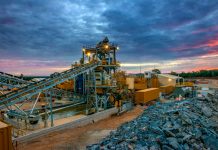 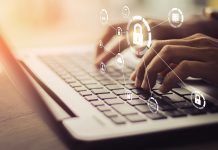 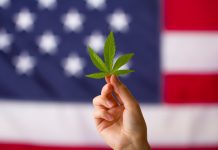