Midwest Energy Emissions Corp. (OTCQB: MEEC) is engaged as an environmental services company, which focuses on mercury-capture technologies for coal power plants. Shares of the environmental services company are soaring 20%, through early trading on Tuesday, March 28, 2017. Over the past three months, Midwest Energy Emissions Corp. has seen average daily volume of 75,826 shares. However, volume of 896,347 shares or dollar volume of $1.04 million, has already exchanged hands on Tuesday.

Shares of Midwest Energy Emissions Corp. are gaining Tuesday, after the company reported fourth quarter and full year 2016 earnings. During the full year 2016, the company reported total revenue of $32.3 million, which was an increase of 156% from the previous year. Furthermore, during the fourth quarter 2016, Midwest Energy Emissions Corp. posted total revenue of $7.8 million, which grew 29% from the previous year’s fourth quarter. Here is the full press release detailing of the company’s earnings for 2016:

“We expect the momentum we established in 2016 as it relates to customer acquisition, cash flow and revenue growth, to carry forward into 2017,” said Richard MacPherson, President and CEO of ME2C. “2016 was a pivotal year for our Company, marked by several successful strategic initiatives, first of which was an improved balance sheet due to a $13.5 million equity private placement and debt restructuring. During the year we also continued the build-out of our core infrastructure to support a large increase in customer activity, and announced our intent to acquire our core IP from the University of North Dakota Energy & Environmental Research Center. Finally, we expect new product introductions, such as our recently announced mercury control product for preventing scrubber reemission events, will ultimately help further position our technology as best available mercury control offering on the market.”

MacPherson, continued: “As we have noted, we continue to experience some seasonal decline in winter months when our clients — who are predominately based in the Southwest — decrease capacity. That said, we expect this seasonality to smooth out as we secure customers in various geographic regions, such as Canada and other areas of the U.S., which we are aggressively pursuing. To this point, we currently have the most robust pipeline in the Company’s history, with over 20 new units in varying stages of the sales process, and are actively focused on penetrating existing customer fleets, both of which present us with significant growth opportunities.

“We have not experienced any slowdown in interest at the utility level for our proprietary SEA™ Technology,” continued MacPherson. “In fact, we believe coal fired EGUs are progressively recognizing our technology as a necessary solution that will immediately improve operational and economic efficiencies. As we move through 2017, we will continue to serve our current customers, further build our sales pipeline as a result of our growing line of products, and penetrate new markets, which we expect ultimately will allow us to deliver another record year for our shareholders.”

In November, ME2C reduced the Company’s total outstanding shares on a fully diluted basis by 15.6 million via a debt exchange and raised gross proceeds of $13.5 million in a private placement of equity.

In January 2017, ME2C announced it would acquire all of the patents rights related to mercury control technology which the Company has been licensing from the Energy & Environmental Research Center Foundation (EERCF). Closing of the transaction is expected to occur by April 15, 2017.

Also in January, the Company announced that it added a new product to its proven, cost-effective mercury capture program that will reduce mercury emissions by preventing scrubber reemission events. The product is specifically designed for coal-fired power utilities with wet scrubbers to help remove mercury, as well as other metals, from the scrubber. This new product has been successfully demonstrated at several large coal-burning power facilities and has consistently proven to reduce mercury reemission from wet flue gas desulfurization systems, achieving greater than 95% mercury control, resulting in stack mercury emissions well below MATS compliance limits. The Company is moving forward aggressively with this product, as there are over 150 opportunities across the nation being targeted. ME2C’s first, full-scale demonstration is expected to take place in April with a large fleet opportunity.

In March, ME2C secured an order in excess of $1,000,000 for a new injection system for a large fleet owner of electric generating units (EGUs) which uses ME2C’s proprietary Sorbent Enhancement Additive (SEA™) Technology. It is expected that this order will lead to several other opportunities throughout this customer’s fleet.

Management will host a conference call today, March 27, 2017 at 5:00 p.m. Eastern time to discuss ME2C’s fourth quarter and year end 2016 results, provide a corporate update, and conclude with a Q&A from participants. To participate, please use the following information:

Midwest Energy Emissions Corp. (MEEC) delivers patented and proprietary solutions to the global coal-power industry to remove mercury from power plant emissions, providing performance guarantees, and leading-edge emissions services. The U.S. Environmental Protection Agency (EPA) MATS rule requires that all coal- and oil-fired power plants in the U.S., larger than 25 mega-watts remove roughly 90% of mercury from their emissions starting April 15, 2015. ME2C has developed patented technology and proprietary products that have been shown to achieve mercury removal levels compliant with MATS at a significantly lower cost and with less operational impact than currently used methods, while preserving the marketability of fly-ash for beneficial use. For more information, please visit www.midwestemissions.com.

Use of Non-GAAP Financial Measures 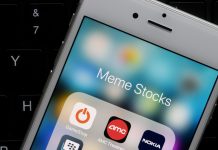 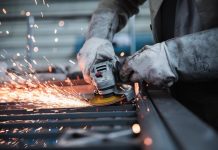 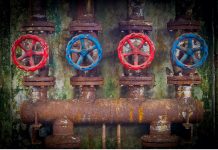