Halcon Resources Corporation (NYSE: HK), an independent energy firm, has lost nearly two thirds of its value during 2018. Although the Company suffered a loss in its most recent quarter, its revenue exceeded estimates. Let’s look at how recent events could shape up the future of the company.

Though the adjusted earnings before interest, tax, depreciation, and amortization (EBITDA) fell to $27.5 million in the three-month period ending September 30, from $55.1 million in the June 30 quarter, the second quarter included about $30.8 million from monetization of MidCush oil hedges. Hedging of oil is necessary due to the volatility attached to it, and it will prove to be an important factor in the ultimate analysis of any oil company.

During a conference call, Halcon Resources Executive Vice President and Chief Financial Officer Mark Mize said that as much as 15,504 Boe of oil at an average price of $56.27 is hedged for the year 2019. This would mean that any drastic drop in oil price will not impact the results.

Liquidity Not an Issue

For any oil firm, liquidity is a key factor. The company’s CFO indicated that the borrowing base got a boost from $200 million to $275 million, though it will take effect upon the asset sale of its water infrastructure. The company had liquidity of $418 million, including $145 million cash on hand and $275 million committed on its revolver facility.

The company should be able to achieve its mid-point production outlook of about 19,000 barrels a day. Floyd Wilson, the company’s chairman, chief executive officer, and president, added, “Liquidity looks great. We’re making great wells. Our goal, as always, to make a lot of money for our shareholders. Our balance sheet is looking good. We’ve derisked our acreage, so we’re doing quite well.”

Alta Mesa Resources Inc. (NASDAQ: AMR), which focuses on the acquisition and development of oil and natural gas in the Anadarko Basin, reported a 50-percent jump in net oil production and a 72-percent surge in liquid production in the third quarter of the previous year. On a quarterly basis, oil production increased 30 percent while oil volume per day advanced 35 percent. The stock suffered a beating however, due to an overly optimistic EBITDA forecast of close to $100 million after the merger of three firms. Management however, has slashed its EBITDA guidance to just $38 million. The company also has enough liquidity to face any downside in oil price.

Another oil and gas asset company, Abraxas Petroleum Corporation (NASDAQ: AXAS), has witnessed growth in crude oil equivalent per day to 10,070 barrels a day in the third quarter from 8,745 in the previous year. However, natural gas liquids per day fell to 1,395 bplpd from 1,474 bplpd. The company reported a net income of $1.78 million or one cent a share versus a loss of $770,000 or breakeven per share in the same period last year.

There is nothing much to lose for Halcon Resources Corporation. It looks to be an interesting buy at current levels, considering that the company has hedged oil, addressing the price fluctuations and is also sitting with enough liquidity. We feel that the dramatic decline in stock price represents an opportunity to buy and hold Halcon Resources Corporation (NYSE: HK) through 2019, and that the stock can regain approximately 50% of its loss in 2018.  We are looking for the stock to be trading beteen $5.50 and $6.00 per share over the next 12 months, which could yield investors a 100% return.

At the end of the day, AVEO Pharmaceuticals remains a “sell” as the company continues to face challenges on both the legal and funding front. Liquidity and cash are key to continuing its clinical programs, and the absence of these will only hurt the company’s progress. 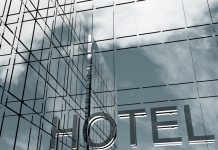 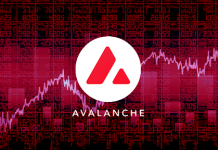 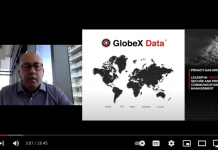