Four Oaks Fincorp, Inc. (OTCQX: FOFN) is a regional bank that operates fourteen offices across North Carolina. Shares of the North Carolina-based bank are jumping 18.58% on Tuesday, June 27, 2017. Over the past month, Four Oaks Fincorp, Inc. has seen average daily volume of 964 shares. However, volume of 267,374 shares or dollar volume of $4.81 million, has already exchanged hands on Tuesday.

Shares of Four Oaks Fincorp, Inc. are rallying today, after the company announced a merger agreement with United Community Banks, Inc. (NASDAQ: UCBI), which is expected to close by the end of the year. The merger agreement is currently valued at $124 million. Here is the full press release detailing of the merger agreement:

BLAIRSVILLE, Ga. and FOUR OAKS, N.C., June 27, 2017 (GLOBE NEWSWIRE) — United Community Banks, Inc. (NASDAQ:UCBI) (“United”) and Four Oaks Fincorp, Inc. (OTCQX:FOFN) (“Four Oaks”) announced today a definitive agreement for United to acquire Four Oaks and its wholly owned bank subsidiary, Four Oaks Bank & Trust Company (“Four Oaks Bank”), in a stock and cash transaction. The transaction has been unanimously approved by the Board of Directors of each company and is expected to close in the fourth quarter of 2017.

Four Oaks Bank operates 14 banking offices, 12 of which are located in the Raleigh, North Carolina metropolitan statistical area, including loan production offices in Raleigh and Apex. Two additional banking offices are located in the eastern North Carolina locations of Dunn and Wallace. The merger will expand United’s presence in these fast-growing markets and allow it to offer its expanded product line to Four Oaks Bank’s customers.

Under the terms of the agreement, Four Oaks shareholders will receive merger consideration consisting of approximately 90 percent stock, with a fixed exchange ratio of .6178 shares of United common stock and 10 percent cash or $1.90 for each share of Four Oaks. The transaction is currently valued at approximately $124 million based on United’s closing price of $26.48 per share on June 23, 2017. The transaction is expected to be less than 1 percent dilutive to United’s tangible book value per share, including one-time transaction costs; and 2 percent – or $.04 per share – accretive to United’s fully diluted earnings per share for 2018, excluding one-time transaction costs.

“This transaction is yet another example of our growth strategy into new, fast-growing markets,” said Jimmy Tallent, Chairman and Chief Executive Officer of United. “Four Oaks provides a strong customer base and an excellent springboard for additional growth in metropolitan Raleigh. It will also greatly assist us in attracting strong, in-market bankers to grow in this new market area for United. With a number of merger transactions taking place across North Carolina, and in the Raleigh MSA in particular, we are confident in the opportunities such market disruption will offer. Our intent is to further expand our presence in Raleigh-area communities while creating value for shareholders and customers of both organizations.”

Tallent continued, “We are especially pleased to join forces with a 105-year-old, highly respected community bank with a tremendous core deposit and customer base. Four Oaks’ commitment to outstanding customer and community service is well aligned with our own, making this a great cultural fit. The combined franchise will be well positioned for growth and success and we will be focused on investing in additional lending resources to take advantage of this great opportunity.”

“We are very excited to join the United Community Bank team,” said Chief Executive Officer David Rupp. “Four Oaks shareholders will be rewarded through the superior financial performance of United and Four Oaks customers will find that they share our focus on outstanding personalized service. Together, we will leverage the new resources and products available through United Community Bank to expand relationships and continue to grow in North Carolina.”

Four Oaks Bank will merge into United’s bank subsidiary and will operate under the United Community Bank brand. At March 31, 2017, Four Oaks Bank had $737 million in assets, including $513 million in loans, and $560 million in deposits, of which nearly two-thirds are considered core deposits.

“The transaction with Four Oaks is a success for customers, employees and shareholders of both organizations and ultimately our combined company,” said United President and Chief Operating Officer Lynn Harton. “I am originally from North Carolina and spent a good part of my early career in eastern NC and Raleigh. We are excited to have this opportunity to build upon the Four Oaks team and their legacy of community focus and excellent customer service.”

Completion of the transaction is subject to customary closing conditions, including the receipt of required regulatory approvals and the approval of Four Oaks’ shareholders.

About United Community Banks, Inc.
United Community Banks, Inc. (NASDAQ:UCBI) is a registered bank holding company based in Blairsville, Georgia with $10.7 billion in assets. The company’s banking subsidiary, United Community Bank, is one of the southeast region’s largest full-service banks, operating 134 offices in Georgia, North Carolina, South Carolina and Tennessee. The bank specializes in providing personalized community banking services to individuals, small businesses and corporations. Services include a full range of consumer and commercial banking products including mortgage, advisory and treasury management. Respected national research firms consistently recognize United Community Bank for outstanding customer service: In 2014, 2015 and 2016, J.D. Power ranked United Community Bank first in customer satisfaction in the Southeast. In 2017, for the fourth consecutive year, Forbes included United on its list of the top 100 Best Banks in America. Additional information about the company and the bank’s full range of products and services can be found at www.ucbi.com.

United plans to file a registration statement on Form S-4 with the Securities and Exchange Commission to register the shares of United’s common stock that will be issued to Four Oaks’ shareholders in connection with the proposed merger. The registration statement will include a joint proxy statement of Four Oaks and prospectus of United and other relevant materials in connection with the proposed merger.  INVESTORS AND SECURITY HOLDERS ARE URGED TO READ THE REGISTRATION STATEMENT AND JOINT PROXY/PROSPECTUS WHEN IT BECOMES AVAILABLE AND ANY OTHER DOCUMENTS FILED WITH THE SEC IN CONNECTION WITH THE PROPOSED MERGER OR INCORPORATED BY REFERENCE INTO THE REGISTRATION STATEMENT OR JOINT PROXY/PROSPECTUS BECAUSE SUCH DOCUMENTS WILL CONTAIN IMPORTANT INFORMATION ABOUT THE PROPOSED MERGER. A definitive joint proxy statement/prospectus will be sent to the shareholders of Four Oaks seeking the required shareholder approval. Investors and security holders will be able to obtain the registration statement and the joint proxy statement/prospectus free of charge from the SEC’s website or from United or Four Oaks as described above. 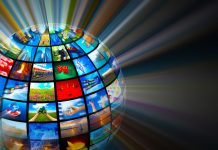