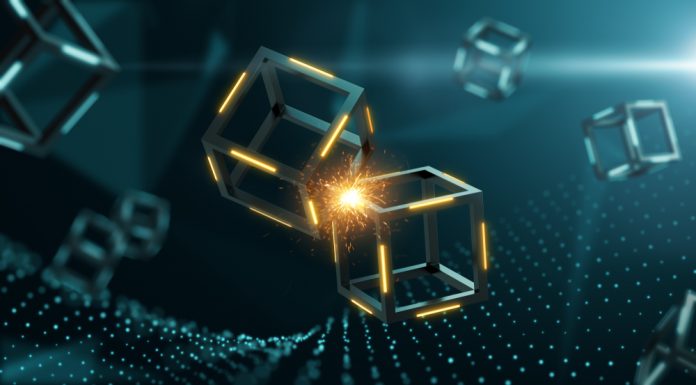 Nowadays, people will hear about blockchain, and some of the things that it can do in the digital realm. From bitcoin to Ethereum – among many types – blockchain runs on two parts: the consensus algorithm (the security provider) and the state machine (the security enforcer). No matter which type of blockchain you use, all types have some sort of Proof-of-Work consensus, which handles the unique state machine, along with the kinds of transactions and accounts. Though, handling such state machines, and ensuring a well-running consensus algorithm in blockchains, can be challenging.

Imagine a developer trying to design a new blockchain that can provide either an efficient privacy, wealth distribution, or some other feature. However, when that developer works to implement a unique state machine, they’re immediately tasked to also implement some kind of consensus algorithm. To make matters worse, the developer will have to compete with other devs for the best security resources for their projects, thus introducing overhead and insecurity, when it comes to trying to develop new blockchain projects.

That’s where parachains come in!

In this article, we’ll give you a guided tour of:

With that in mind, let’s dive in!

The term “parachain” is short for “parallelizable chain.” A simpler type of blockchain, parachains attach to the secure part of a structure. These “chains” can attach themselves with a “relay chain,” rather than having to provide its own chain. The relay chain is special, because not only does it provide security to attached parachains, but it also ensures a secure message-passing from Point A to Point B, and back again.

What Can Parachains Do?

Parachains can do wonders, when it comes to blockchain. Let’s explore some of the features that parachains offer to developers:

Scalability is at the forefront of parachains. A significant feature to parachains, scalability allows them to create their own parachains, thus creating a tree-like structure that is beneficial to developers by letting them perform highly-distributed computations without worrying about the chains being a heavy load on their systems.

But with that said, with scalability comes the need to ensure data availability, meaning that parachain blocks must be accompanied with a proof of validity that’s publicly available for a certain amount of time (if not 24/7). Similarly, validators must provide proof for the blocks they verify, and make them available at a moment’s notice.

However, it’s not possible (if not very difficult) to prove that sent messages haven’t been without moving the message on-chain. And, validators that withhold data, and or make false reports on it, can face severe penalties.

Another concern for scalability is that parachains can be designed in a way that stored value can be withdrawn whenever a chain stalls or gets attacked.

So, what can be done to prevent being penalized?

One possible solution to scalability is the use of zero-knowledge (ZK) proofs. While still a new concept, there are already modern-day non-interactive ZK proofs (i.e. ZK-SNARKs or ZK-STARKs), which allow developers to check a proof that a known program (with some known inputs and some unknown inputs) was executed in the right format. In addition, the proofs can learn what the output of said program was without unintentionally leaking any information about its private inputs. That’s why ZK proofs are often seen as privacy tools, due to their practices in maintaining confidentiality of data.

ZK proofs can also operate as a means for performance. Believe it or not, these proofs don’t take long to verify. So, instead of extremely complex transactions taking several hours to be processed and verified, ZK proofs can process and verify in little time.

In the meantime, parachains seem to be doing really well as is, by being free to create their own parachain when necessary, and having the ability to define a notion of their own validity. That means that developers can easily transition to lighter and more advanced proofs, rather than be stuck working with traditional bulky ones.

As a result, parachains like Polkadot get their value from its updated design and implementation of the latest techniques. And, when it comes to scalability, the system can do so seamlessly.

How Are Parachains Maintained?

Typically, parachains are maintained by a network maintainer called a collator. A collator node is responsible for the following tasks:

In the above tasks, a collator node is incentivized as a way to implement the detail from the parachain. Although, they’re not required to be tacked onto the Relay Chain or own DOT tokens, they may be able to do when stipulated by the parachain implementation.

That’s where the Polkadot Host (PH) comes in!

Depending on whatever governance model is in place in certain places (i.e. communities, countries, etc.), parachains on Polkadot are free to adopt, and they have plenty of access to a wide variety of pre-built modules. As a result, these modules implement various on-chain governance systems, thus allowing development teams to reduce the likelihood of communities being forcibly split in two. Plus, these governance systems provide accountability in its operations, thus providing that needed transparency for parachain communities. As a result, many institutions and fiduciaries can make clear decisions on implementing blockchain technology, thanks to the transparent exchanges illuminated by parachains.

Parachains, especially those connected to Polkadot, can lease a parachain slot, and access as much computing power as needed without any additional fees or “gas” costs. The entire DOT/KSM is bonded by a team that’s tasked with a parachain slot, and is then unlocked at the end of a lease period. So, the cost of running a parachain is actually an opportunity cost from not having access to the locked DOT/KSM, based on the lease period.

When it comes to parachains, there are a few things to consider when leasing slots:

So, now that parachains are a thing in the blockchain industry, where does their importance come from? Parachains are important to blockchain, thanks to their sense of individuality.

When one looks at Polkadot, it’s obvious that this type of parachain was created with its intended purpose of having many different types of blockchains work together without running into any issues doing so. Therefore, it’s highly recommended that a parachain is able to communicate to other chains in a secure manner, while the validators work to make sure that the network is running smoothly. By ensuring a secure network, every parachain can be individualized, and be allowed to freely build a parachain that would best suit their own needs. And best of all, parachains can be used publicly or privately, with their own rules, functions, etc.

So, there you have it!

As you can see, parachains are specifically designed to work with different types of blockchains. With many promising features, parachains are sure to be used more often by developers that create and manage blockchain. Although the current model for parachains are costly as is, there’s still time to develop and refine this model, so that variants like Polkadot can work to the best of their ability, and cater to the ever-growing needs of blockchain.

Lauren Groff is a writer and editor at Dissertation Writing and Write My Term Paper. As a tech writer, she writes articles about the latest trends in computer technology, coding, and blockchain at Big Assignments. 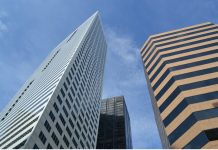