Metastatic triple-negative breast cancer (mTNBC), an aggressive histological subtype, has a poor prognosis. In addition, metastatic breast cancer (MBC) is breast cancer that has spread beyond the breast and lymph nodes to other organs in the body (typically the bones, liver, lungs, or brain). Both types of cancer pose significant challenges for patients due to their aggressiveness and limited treatment options.  An integral part of CytoDyn’s mission and purpose is to provide effective therapeutic solutions to these patients.  Results of the first five patients are as follows:

Patient #2: Enrolled in single IND. Patient is MBC with HER2+ stage 4 metastasis to lung, liver, and brain. Patient’s radiologist cancelled 2nd round of treatment due to leronlimab’s effect on shrinking the largest tumor in the brain by 56% and other lesions being stable. Leronlimab has and continues to be the only treatment in place for brain metastasis after radiation was administered to this patient in July 2019. Four and one-half months after successful radiation treatment, the patient received her first dose of leronlimab (700 mg) and no other drugs to treat the brain metastasis. The 56% shrinkage in the brain lesions occurred after only two once-weekly injections of leronlimab. After 10 weeks of treatment with leronlimab, this patient’s CTC and EMT results were all zeros (results reported on 2/12/2020). The patient’s CT scan in mid-February was reported as stable.

Patient #3: Enrolled on 1/3/2020. This patient’s CAML counts decreased from 45 to 30. CTC+EMT are stable and there has been no change in the total number. Despite positive results, this patient stopped treatment due to complications with her implanted port, which was unrelated to leronlimab.

Patient #5: Enrolled on 2/4/2020. This patient has traveled from England to receive leronlimab.  Initial response from treatment indicated tumor shrinkage and, importantly, CTC dropped to zero after three weeks of leronlimab treatment.

Patients #6 and #7: Enrolled and waiting for the first results post-baseline results.

Patients #8 through #10: Will be injected in early March.

Bruce Patterson, M.D., chief executive officer and founder of IncellDx, a diagnostic partner and advisor to CytoDyn, commented, “Patients continue to be actively enrolled in this trial based on the expression of CCR5 on lymphocytes and macrophages in the tumor microenvironment. The proposed mechanism of action (MOA) consisting of inhibition of Tregs and repolarization of macrophages has demonstrated a predictable, sustained response that has reduced the size of primary and metastatic tumors and reduced circulating tumor cells in all patients tested so far.”

Nader Pourhassan, Ph.D., president and chief executive officer of CytoDyn, added, “These findings are solidifying our belief of the four mechanism of actions (MOA) for leronlimab in the treatment of cancer, as previously verified through preclinical animal studies and in published papers. These MOAs indicate that leronlimab may potentially stop metastasis in many types of solid tumor cancers, trigger the body’s immune response system to destroy the cancer tumor and perhaps more. This could represent the beginning of the transformation of CytoDyn from a potential leader in HIV therapy to providing potentially a new innovative treatment opportunity to patients with various forms of cancer and potentially NASH, GvHD, MS, and perhaps many more indications. With the possibility of our first approval in HIV late this year, we could have over 30 label expansion opportunities post-HIV approval.”

About Triple-Negative Breast Cancer
Triple-negative breast cancer (TNBC) is a type of breast cancer characterized by the absence of the three most common types of receptors in the cancer tumor known to fuel most breast cancer growth–estrogen receptors (ER), progesterone receptors (PR) and the hormone epidermal growth factor receptor 2 (HER-2) gene. TNBC cancer occurs in about 10 to 20 percent of diagnosed breast cancers and can be more aggressive and more likely to spread and recur. Since the triple-negative tumor cells lack these receptors, common treatments for breast cancer such as hormone therapy and drugs that target estrogen, progesterone, and HER-2 are ineffective.

About Leronlimab (PRO 140)
The U.S. Food and Drug Administration (FDA) have granted a “Fast Track” designation to CytoDyn for two potential indications of leronlimab for deadly diseases. The first as a combination therapy with HAART for HIV-infected patients and the second is for metastatic triple-negative breast cancer.  Leronlimab is an investigational humanized IgG4 mAb that blocks CCR5, a cellular receptor that is important in HIV infection, tumor metastases, and other diseases including NASH.  Leronlimab has successfully completed nine clinical trials in over 800 people, including meeting its primary endpoints in a pivotal Phase 3 trial (leronlimab in combination with standard antiretroviral therapies in HIV-infected treatment-experienced patients).

In the setting of HIV/AIDS, leronlimab is a viral-entry inhibitor; it masks CCR5, thus protecting healthy T cells from viral infection by blocking the predominant HIV (R5) subtype from entering those cells. Leronlimab has been the subject of nine clinical trials, each of which demonstrated that leronlimab can significantly reduce or control HIV viral load in humans. The leronlimab antibody appears to be a powerful antiviral agent leading to potentially fewer side effects and less frequent dosing requirements compared with daily drug therapies currently in use.

In the setting of cancer, research has shown that CCR5 plays an important role in tumor invasion and metastasis.  Increased CCR5 expression is an indicator of disease status in several cancers. Published studies have shown that blocking CCR5 can reduce tumor metastases in laboratory and animal models of aggressive breast and prostate cancer. Leronlimab reduced human breast cancer metastasis by more than 98% in a murine xenograft model. CytoDyn is therefore conducting a Phase 1b/2 human clinical trial in metastatic triple-negative breast cancer and was granted Fast Track designation in May 2019.  Additional research is being conducted with leronlimab in the setting of cancer and NASH with plans to conduct additional clinical studies when appropriate.

The CCR5 receptor appears to play a central role in modulating immune cell trafficking to sites of inflammation and may be important in the development of acute graft-versus-host disease (GvHD) and other inflammatory conditions. Clinical studies by others further support the concept that blocking CCR5 using a chemical inhibitor can reduce the clinical impact of acute GvHD without significantly affecting the engraftment of transplanted bone marrow stem cells. CytoDyn is currently conducting a Phase 2 clinical study with leronlimab to further support the concept that the CCR5 receptor on engrafted cells is critical for the development of acute GvHD and that blocking this receptor from recognizing certain immune signaling molecules is a viable approach to mitigating acute GvHD. The FDA has granted “orphan drug” designation to leronlimab for the prevention of GvHD.

About CytoDyn
CytoDyn is a biotechnology company developing innovative treatments for multiple therapeutic indications based on leronlimab, a novel humanized monoclonal antibody targeting the CCR5 receptor. CCR5 appears to play a key role in the ability of HIV to enter and infect healthy T-cells.  The CCR5 receptor also appears to be implicated in tumor metastasis and in immune-mediated illnesses, such as GvHD and NASH. CytoDyn has successfully completed a Phase 3 pivotal trial with leronlimab in combination with standard anti-retroviral therapies in HIV-infected treatment-experienced patients. CytoDyn plans to seek FDA approval for leronlimab in combination therapy and plans to complete the filing of a Biologics License Application (BLA) in the first quarter of 2020 for that indication. CytoDyn is also conducting a Phase 3 investigative trial with leronlimab as a once-weekly monotherapy for HIV-infected patients and plans to initiate a registration-directed study of leronlimab monotherapy indication, which if successful, could support a label extension. Clinical results to date from multiple trials have shown that leronlimab can significantly reduce viral burden in people infected with HIV with no reported drug-related serious adverse events (SAEs). Moreover, results from a Phase 2b clinical trial demonstrated that leronlimab monotherapy can prevent viral escape in HIV-infected patients, with some patients on leronlimab monotherapy remaining virally suppressed for more than five years. CytoDyn is also conducting a Phase 2 trial to evaluate leronlimab for the prevention of GvHD and a Phase 1b/2 clinical trial with leronlimab in metastatic triple-negative breast cancer. More information is at www.cytodyn.com. 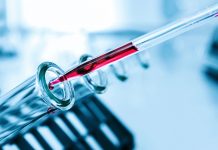 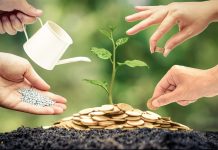 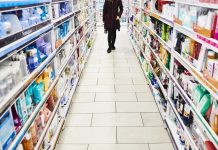