VANCOUVER, Washington, April 03, 2020 (GLOBE NEWSWIRE) — CytoDyn Inc. (OTC.QB: CYDY), (“CytoDyn” or the “Company”), a late-stage biotechnology company developing leronlimab (PRO 140), a CCR5 antagonist with the potential for multiple therapeutic indications, announced today that it has filed a request with the U.S. Food and Drug Administration (FDA) for a preliminary meeting to discuss new clinical data which the Company believes further supports its objective to obtain Breakthrough Therapy designation (BTD) for leronlimab in the treatment of metastatic triple-negative breast cancer (mTNBC). The FDA had previously granted Fast Track designation to leronlimab for the treatment of mTNBC. Last month, the Company reported that the FDA had recommended such a meeting to provide preliminary advice prior to resubmission of a Breakthrough Therapy designation request. Concurrent with the Company’s Phase 1b/2 trial for mTNBC and expanded access studies for MBC, it is also conducting a Phase 2 trial with leronlimab for 22 solid cancer tumors.

Metastatic triple-negative breast cancer (mTNBC), an aggressive histological subtype, has a poor prognosis. In addition, metastatic breast cancer (MBC) is breast cancer that has spread beyond the breast and lymph nodes to other organs in the body (typically the bones, liver, lungs, or brain). Both types of cancer pose significant challenges for patients due to their aggressiveness and limited treatment options.

Nader Pourhassan, Ph.D., President and Chief Executive officer of CytoDyn, commented, “We are extremely encouraged by the test results from these patients and continue to keep the FDA current on therapeutic benefit demonstrated by leronlimab for multiple cancer indications.”

Triple-negative breast cancer (TNBC) is a type of breast cancer characterized by the absence of the three most common types of receptors in the cancer tumor known to fuel most breast cancer growth–estrogen receptors (ER), progesterone receptors (PR) and the hormone epidermal growth factor receptor 2 (HER-2) gene. TNBC cancer occurs in about 10 to 20 percent of diagnosed breast cancers and can be more aggressive and more likely to spread and recur. Since the triple-negative tumor cells lack these receptors, common treatments for breast cancer such as hormone therapy and drugs that target estrogen, progesterone, and HER-2 are ineffective.

The FDA has granted a “Fast Track” designation to CytoDyn for two potential indications of leronlimab for deadly diseases. The first as a combination therapy with HAART for HIV-infected patients and the second is for metastatic triple-negative breast cancer. Leronlimab is an investigational humanized IgG4 mAb that blocks CCR5, a cellular receptor that is important in HIV infection, tumor metastases, and other diseases, including NASH. Leronlimab has completed nine clinical trials in over 800 people, including meeting its primary endpoints in a pivotal Phase 3 trial (leronlimab in combination with standard antiretroviral therapies in HIV-infected treatment-experienced patients).

In the setting of HIV/AIDS, leronlimab is a viral-entry inhibitor; it masks CCR5, thus protecting healthy T cells from viral infection by blocking the predominant HIV (R5) subtype from entering those cells. Leronlimab has been the subject of nine clinical trials, each of which demonstrated that leronlimab could significantly reduce or control HIV viral load in humans. The leronlimab antibody appears to be a powerful antiviral agent leading to potentially fewer side effects and less frequent dosing requirements compared with daily drug therapies currently in use.

In the setting of cancer, research has shown that CCR5 may play a role in tumor invasion, metastases, and tumor microenvironment control. Increased CCR5 expression is an indicator of disease status in several cancers. Published studies have shown that blocking CCR5 can reduce tumor metastases in laboratory and animal models of aggressive breast and prostate cancer. Leronlimab reduced human breast cancer metastasis by more than 98% in a murine xenograft model. CytoDyn is, therefore, conducting a Phase 1b/2 human clinical trial in metastatic triple-negative breast cancer and was granted Fast Track designation in May 2019.

The CCR5 receptor appears to play a central role in modulating immune cell trafficking to sites of inflammation. It may be crucial in the development of acute graft-versus-host disease (GvHD) and other inflammatory conditions. Clinical studies by others further support the concept that blocking CCR5 using a chemical inhibitor can reduce the clinical impact of acute GvHD without significantly affecting the engraftment of transplanted bone marrow stem cells. CytoDyn is currently conducting a Phase 2 clinical study with leronlimab to support further the concept that the CCR5 receptor on engrafted cells is critical for the development of acute GvHD, blocking the CCR5 receptor from recognizing specific immune signaling molecules is a viable approach to mitigating acute GvHD. The FDA has granted “orphan drug” designation to leronlimab for the prevention of GvHD.

CytoDyn is a late-stage biotechnology company developing innovative treatments for multiple therapeutic indications based on leronlimab, a novel humanized monoclonal antibody targeting the CCR5 receptor. CCR5 appears to play a critical role in the ability of HIV to enter and infect healthy T-cells. The CCR5 receptor also appears to be implicated in tumor metastasis and immune-mediated illnesses, such as GvHD and NASH. CytoDyn has successfully completed a Phase 3 pivotal trial with leronlimab in combination with standard antiretroviral therapies in HIV-infected treatment-experienced patients. CytoDyn plans to seek FDA approval for leronlimab in combination therapy and plans to complete the filing of a Biologics License Application (BLA) in April of 2020 for that indication. CytoDyn is also conducting a Phase 3 investigative trial with leronlimab as a once-weekly monotherapy for HIV-infected patients. CytoDyn plans to initiate a registration-directed study of leronlimab monotherapy indication. If successful, it could support a label extension. Clinical results to date from multiple trials have shown that leronlimab can significantly reduce viral burden in people infected with HIV with no reported drug-related serious adverse events (SAEs). Moreover, a Phase 2b clinical trial demonstrated that leronlimab monotherapy can prevent viral escape in HIV-infected patients; some patients on leronlimab monotherapy have remained virally suppressed for more than five years. CytoDyn is also conducting a Phase 2 trial to evaluate leronlimab for the prevention of GvHD and a Phase 1b/2 clinical trial with leronlimab in metastatic triple-negative breast cancer. More information is at www.cytodyn.com. 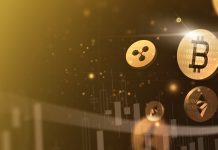 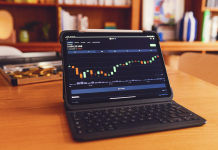