Barista Coffee Company, Inc., doing business as Baristas, operates as a specialty drive-through beverage retailer in the United States. The company offers hot and cold beverages, including specialty coffees, blended teas, and other custom drinks, as well as smoothies, fresh-baked pastries, and other confections. It also provides beverages, such as hot apple cider, hot chocolate, frozen coffees, and other products. In addition, the company promotes and sells Baristas merchandise, calendars, mugs, T-shirts, and hats.

Average daily volume for BCCI is 500  thousand shares. Today’s news has caused the volume to increase to 3 million shares in the morning hours of trading.

SEATTLE, Jan. 17, 2019 (GLOBE NEWSWIRE) — via OTC PR WIRE — Baristas Coffee Company, Inc. (OTCPK:BCCI) and Maroon 5 have been confirmed to be present at Super Bowl LIII, at Mercedes-Benz Stadium in Atlanta, Georgia. The game is scheduled to be played on February 3, 2019 and is the 53rd Super Bowl and the 49th modern-era National Football League championship game. It will decide the league champion for the 2018 NFL season.

The NFL has confirmed that Maroon 5 will be the headliner during the halftime show and will be joined by Travis Scott and Big Boi. In addition, Baristas will be advertising not only its bestselling White Coffee fulfilled by Amazon (www.trywhitecoffee.com) but its new EnrichaRoast CBD Coffee (www.baristas.tv) which uses a proprietary technology introducing CBD to the beans after they are roasted.

During the 2019 Super Bowl a special set of ads introducing the Baristas White Coffee and the new Baristas EnrichaRoast CBD Coffee, will run throughout the day in and around the stadium before, during, and after the game, and will include a special offer to send a message to Maroon 5. The spots will be seen on numerous digital displays including mobile devices allowing fans to connect via special Portals.

The EnrichaRoast CBD ads are only available due to Canna Broadcast Medias’ (OTCPK:CBMJ) geo fencing platform which will deliver ads in and around the stadium. Canna Broadcast Media specializes in getting mainstream media cleared promoting the cannabis sector including network TV, radio, and digital ads targeting those who wish to take advantage of the incredible investment opportunities that exist in the cannabis sector. Canna Broadcast Media acquired “LoudMouth News” (www.loudmouthnews.com) which became the first and longest running syndicated terrestrial radio news program that focused on the news relating to the marijuana industry.

Barry Henthorn CEO stated: “Having Baristas White Coffee and our new EnrichaRoast CBD coffee ads at the Super Bowl will give us tremendous exposure. We are thankful to the NFL, ReelTime Media, and Canna Broadcast Media for making this possible. Baristas is growing its market awareness and expanding its product offerings.”

About Maroon 5: Maroon 5 is an American pop rock band. It is based in Los Angeles, California. It used to be called Karas Flowers. The band members were vocalist Adam Levine, guitarist James Valentine, bassist Mickey Madden, percussionist Matt Flynn, and keyboardists Jesse Carmichael and PJ Morton. The band has released 5 studio albums, Songs About Jane (2002), It Won’t Be Soon Before Long (2007), Hands All Over (2010), Overexposed (2012), and V. All those albums charted in the top 3 on the U.S. Billboard 200 chart. The band has sold more than 27 million albums and 109 million singles worldwide.

About Baristas Coffee Company: Baristas is a national Coffee Company that is recognized throughout the US. It currently produces and sells coffee related products under the Baristas brand. The Baristas White Coffee single serve cups compatible with the Keurig 2.0 brewing system is the bestselling product in its category. Baristas also markets other coffee related products. Baristas gained mainstream exposure when it became the subject of “Grounded in Seattle” the reality show special feature which aired on WE tv. It has been featured nationally including during Shark Tank on CNBC with Front Montgomery, CNN, ESPN, Food Network, Cosmopolitan Magazine, Forbes Magazine, Modern Living with kathy ireland, Sports Illustrated, NFL Monday and Thursday Night Football with Megs McLean, and other notable media. 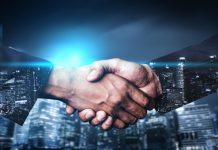 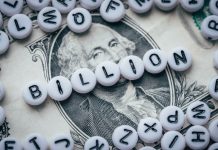