Teen apparel and accessory retailer, Aeropostale, Inc. (OTC Pink: AROPQ) saw shares jump as much as 15% in the first hour of trading Monday, June 13, 2016 on explosive volume. Over the past three months, Aeropostale, Inc. (OTC Pink: AROPQ) has seen around 3.04 million shares exchange hands on a daily basis. However, within the first hour of trading Monday, the teen retailer has seen over 5.3 million shares or around $765,000 in dollar volume change hands.

As Aeropostale, Inc. (OTC Pink: AROPQ) continues to work through bankruptcy, the retailer caught a huge break on Sunday, June 12, 2016, when the United States Bankruptcy Court for the Southern District of New York gave final approval for $160 million debtor in-possession (DIP) financing from Crystal Financial LLC. Here is a press release detailing of the news that moving the stock today:

NEW YORK, June 10, 2016 /PRNewswire/ — Aéropostale, Inc. (OTC Pink: AROPQ), a specialty retailer of casual apparel for young women and men, today announced that the United States Bankruptcy Court for the Southern District of New York has given final approval for the Company to access $160 million in debtor in-possession (“DIP”) financing provided by Crystal Financial LLC. The Court previously had given interim approval for the DIP financing agreement on May 5, 2016. This financing, combined with Aéropostale’s operating cash flow, will allow the Company to meet its financial commitments and enable Aéropostale to focus on completing its restructuring process, confirming a plan of reorganization and emergence from Chapter 11 during the third quarter of 2016.

“We are pleased that the Court has approved our DIP financing,” said Julian Geiger, Chief Executive Officer. “We are looking forward to emerging from this process as a leaner, more efficient business and firmly believe that we will be well-positioned to compete and succeed in today’s retail environment.”

As announced on May 4, 2016, Aéropostale filed voluntary petitions under Chapter 11 of the U.S. Bankruptcy code in the United States Bankruptcy Court for the Southern District of New York in an effort to optimize its store footprint, renegotiate burdensome contracts, resolve its ongoing disputes with Sycamore Partners and achieve long-term financial stability.

Additional information can be found atwww.ARORestructuring.com. Suppliers and landlords may call our support center +1 (917) 877-5966 or toll-free at +1 (855) 360-2999. They also may email suppliers@aeropostale.com orlandlords@aeropostale.com. 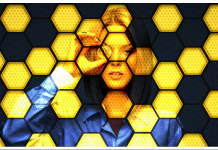