Adaiah Distribution, Inc. (OTC Pink: ADAD) is engaged as a diversified technology company, which focuses on 3D printing, mobile gaming, and other software applications. Shares of the technology company are rallying 11.11%, through early trading on Friday, June 9, 2017. Over the past month, Adaiah Distribution, Inc. has seen average daily volume of 657,838 shares. However, volume of 226,994 shares or dollar volume of $112,135, has already exchanged hands on Friday.

Shares of Adaiah Distribution, Inc. are rallying today, after the company announced it has received an update from Fingerprint Play, the marketing firm in charge of SaveOurPlanet app awareness. Specifically, the company is marketing the app through the Samsung Kids Pad, Samsung Kids Time, and Findways Playaway Launchpad. Furthermore, the company reported a productive first quarter, as products have been updated with new features to expand marketing capabilities. Here is the full press release detailing of the marketing update:

Fingerprint runs its own kids’ app network, Fingerprint Play, but also powers networks for other third parties, including Samsung (KidsTime), Sylvan Learning (SylvanPlay) and Astro (AstroPlay). It’s also planning to build a network for educational media company Cricket Media, and has other partnerships with new investors in the works.

In their update Fingerprint noted:

” We had a very productive first quarter. We presented our new Fingerprint platform to several potential partners at CES and MWC. We’ve also been busy working with our current partners — Findaway, Samsung and Verizon — to update the products, to develop new and enhanced features as well as to expand marketing and distribution channels.

Here are some highlights on our platforms.

Samsung Kids continues to scale. The overall service revenue more than doubled from Q4 due to the rapidly increasing number of subscribers and high user engagement. We expect this trend to accelerate with the launch of a customized video player in June, as well as Samsung Kids’ global expansion and a new, preloaded tablet release in the fall. Last month, we held the Samsung Kids App Jam event at the Tech Museum of Innovation in San Jose with two of our content partners — Toca Boca and Night & Day Studios. Hundreds of parents and kids enjoyed fun learning activities powered by Samsung Kids.

Verizon GizmoTab sales are steadily growing, supported by Verizon’s active marketing through its retail stores and on/offline media. We’re planning live family events with GizmoTab content partners at Verizon’s destination stores across the US this summer. We’ll reach out to you about these events as the details are finalized.

Playaway Launchpad will soon become available in over 10 countries in Europe, the Middle East, Southeast Asia and Australia. This international release should provide incremental revenue in the second half of the year. Thanks for all your support to make this happen.”

Adaiah is currently working with its app developers to roll out one new children’s app every quarter. 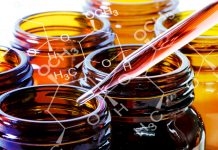